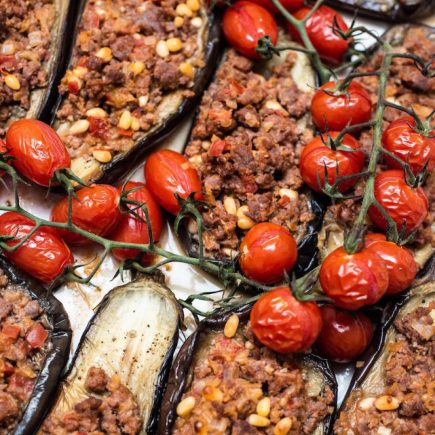 This quintessential dish of stuffed aubergines actually has its roots in Turkey though it is found in the cuisines of all its neighbours. There is something about cooking the filling inside the aubergine that makes it even more savoury than when it is cooked on its own, it creates a true celebration of otherwise humble ingredients.